What’s the price of college throughout the United States?

If you want to land a job, you probably are going to need a college degree. Most careers require it now and with so many people attending college, employers can be choosy. But what states are going to cost you the most? According to a new analysis from a personal finance site, it can vary significantly depending on where you live.

Using data from College Board, they were able to visualize both in-state and out of state tuition costs & fees. According to their report, the Northeast part of the United States is one of the most expensive parts of nation. New Hampshire and Vermont are almost tied for the most expensive states. Pennsylvania, New Jersey and Illinois were also all up there. Interestingly, Wyoming was the cheapest state for in-state tuition. Florida was the second, and Utah, Montana, and New Mexico were also in the bottom five. Wyoming costs an average of $5,220 while Vermont and New Hampshire were above $16,000. 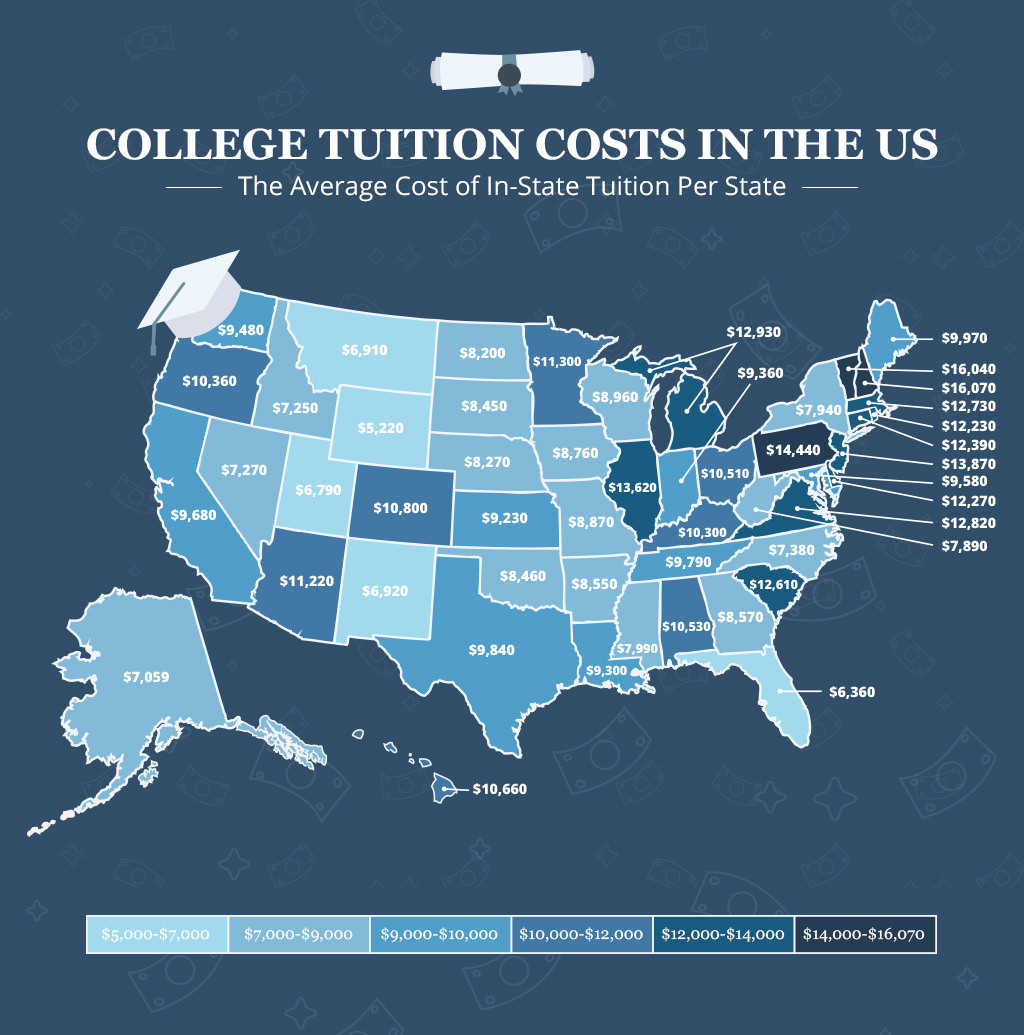 In-state tuition in the United States

The study also went into the average cost of in-state college in each state was compared to the average income of a person in that state. But, it looked at tuition, fees, and housing. It was put together as a percentage of a person’s income for each state.

South Carolina was the highest at over 45% of the median income. Vermont and Indiana are close behind, trailing South Carolina by just a few tenths of a percentage. So, what this is telling us is that he average person in these three states would have to spend nearly half of their income just to go to college (and stay at college). It’s important to note that while this does include housing (which may not apply to everyone), it doesn’t include things like books and laptops. Books in particular have been skyrocketing in cost and make up a significant portion of college payments.

In all, college is expensive and it doesn’t look to be getting any cheaper. There are a number of different ways to help pay for school, whether it’s loans or scholarships. In the end, it’s up to you to decide if college is the right choice for your career path. There are pros and cons and you have to decide for yourself.