How does income compare throughout the world?

Tax Day 2018 is now behind us, but that doesn’t mean that money isn’t on the top of many people’s minds. In the United States, we enjoy a pretty high standard of living compared to many parts of the world. Our quality of life is above average and so is our median income. Additionally, the dollar is a strong currency and carries a significant amount of weight. But just exactly how do these factors compare in other countries?

Well, CapRelo, a global mobility firm, answered some of these in a report they recently released. This in depth analysis revealed the median income for over 25 countries, the post-tax home pay, what you would be taxed if you made the median U.S. salary, and the post-tax purchasing power. All of this was calculated and converted to USD so it would be more easily digestible.

So what did they find?

When it came to median income (pre-tax), the U.S. was towards the top but not at the very top. That honor belongs to Switzerland with a median income of $85,718 (after conversion). Denmark was also above the U.S. at $64,310, albeit by just a few hundred. The median income for the United States is $64,154. 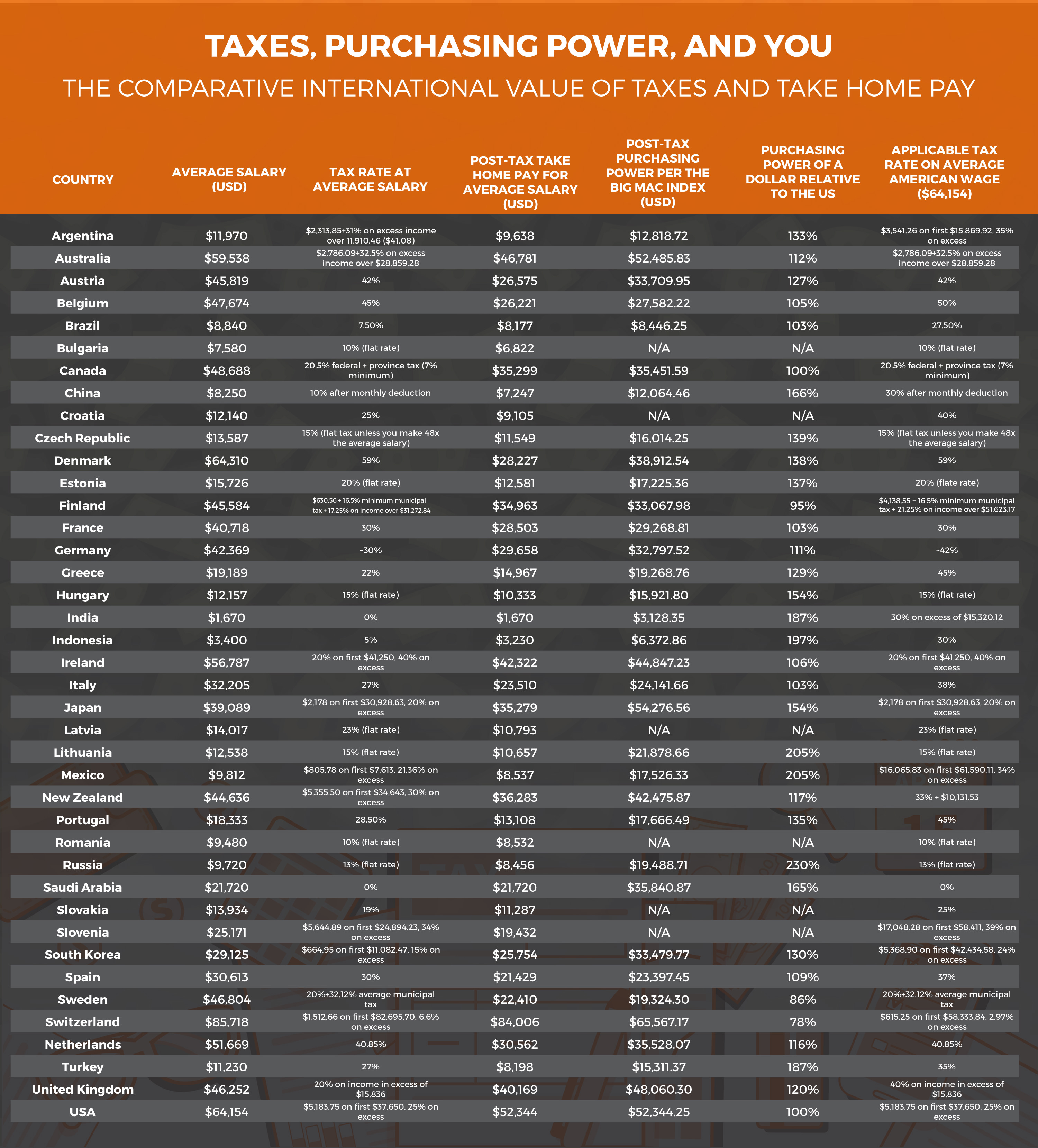 When it came to post-tax, the results were quite different, although Switzerland still held the top spot at just over $84,000. Denmark fell way down, only taking home roughly $28,227. The average worker in the United States takes home $52,344 after taxes.

An interesting comparison they analyzed was how the median U.S. salary would be taxed in different countries. As in, if you lived there with that average salary, how might your take-home pay be different? Coming in at the top was Saudi Arabia due to their unique tax laws (a lack thereof). Switzerland also has low taxes for that income, so it was also close to the top. The U.S. actually came in at #11. At the very bottom was Denmark at $26,303. Second to last was Sweden, stereotypically known for their taxes. 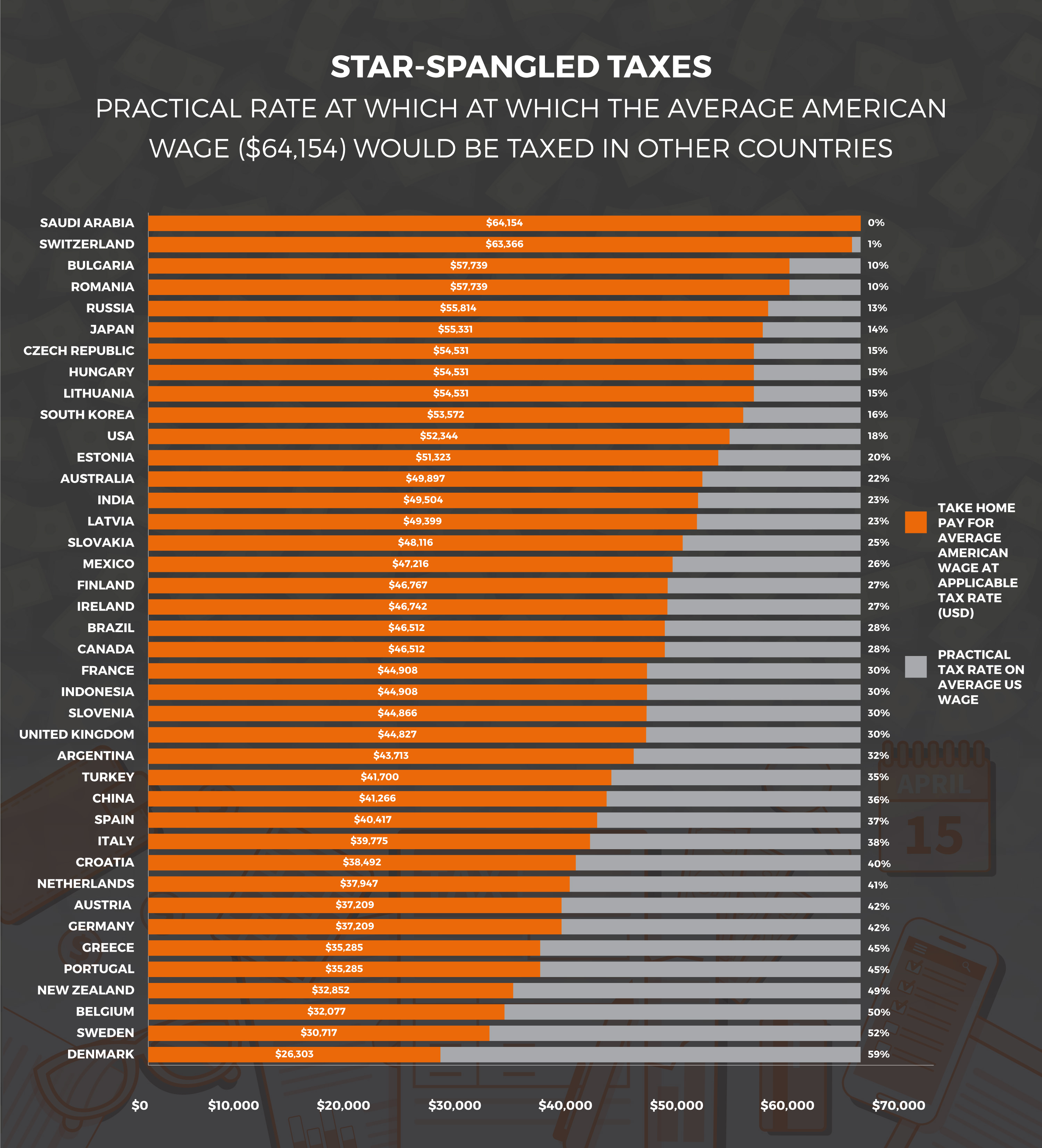 Finally, CapRelo analyzed the purchasing power of a dollar relative to the U.S. So where would your money go the furthest? Russia, actually, is where it would with a 230% change. Also towards the top are Mexico, Lithuania, and Turkey. At the bottom is Switzerland followed by Sweden.

So, in the end, where you live has a significant impact on your salary, your take-home pay, and how far your income will go. The U.S. may not be the top of any specific category, but it is towards the top in most.